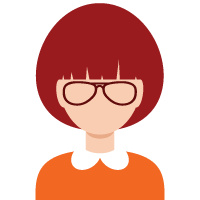 Growing up in a very rural location, my computer often felt like my only real connection to the outside world. Consequently, as new technology continued to emerge, I was bound and determined to get my hands on it. Over the years, I became quite proficient with a variety of operating systems and software programs. However, I also know that there is still so much that I can learn from these machines. That is why I started this page not only to share with other what I know, but to provide a place where I can continue to learn more about the virtually endless possibilities that computers supply.

Has your computer been acting up and you are not s …

Inks have been made from all sorts of materials ov …

More and more, online learning is entering every s …

As Apple computers such as the Macbook Pro, iPad, and the iPhone (which is really more of a computer than a phone) become more common, the question is asked more often: why aren't more games on the Mac? Apple computers used to be a great platform for computer games, especially during the days of Oregon Trail, Zork, Task Force, Rastan, and Beyond Castle Wolfenstein. To understand why you can't play most of the newest PC games and to find ways around the problem, here are a few gaming computer details:

Although "faster" and "better" computers are always in demand, the problem with gaming on specific computers is a little more complicated. It's about programming as much as it is about computer power.

Games are applications (apps), and just like any app, they're made out of a lot of code that does a lot of work behind the scenes. That code has to work with your computer's operating system (OSX for Apple computers, Windows for most other computers on the market) and all of the hardware inside.

When games started getting really complex and showing off high amounts of detail, video cards entered the market. Originally, video cards just did the heavy lifting related to rendering (calculating and showing) graphics, but soon started taking up many other jobs.

Everything that gamers take for granted, such as physics working in certain ways (bullets having specific travel times and hitting specific targets, objects bouncing the way they should) or realistic shadows, lighting, and water effects became far more than just "better video". It became specific calculations, and to make those calculations run faster, the answers to big, heavy, resource-devouring answers have to be pre-loaded onto the video card.

This means that in addition to being video/graphics-related power, video cards also spoke a specific game programming language that computers can't understand without a video card added.

Why not just get a video card? You can, and for a time, that worked. Unfortunately, since Apple and Microsoft are two different operating systems that do their job in their own proprietary--but similar--languages, this meant that programmers had to pick sides.

Make a video card that works for one operating system or the other. Doing it for both was done for a while--and is still done in a few rare cases--but it's too time and money-consuming for companies. It's not an issue of "just do it"; there are specific people who need to know specific languages to make it happen, and those people have to coincidentally care about games.

It's not certain why Windows won the gaming computer war, but the only reason it was a war at all is because of the two systems speaking different languages. To solve the problem, you have a few options:

If you want to play the newest games now, options 2 or 3 are pretty much it. Option 3 requires configuring your Mac to run both Windows and Mac operating systems on demand or running a virtual version of Windows--another computer inside a box on your computer, essentially--to play games.